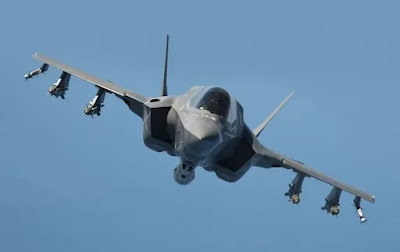 America’s high-tech F-35 Lightning stealth fighter has often been referred to as a flying computer, because of its AI capabilities. Credit: Lockheed Martin.

In its ever-expanding push for military superiority, China has set its sights on a next-generation stealth fighter on par or greater than America’s F-35, that it hopes to field by 2035, says the chief designer of the Chengdu J-20.

According to the Global Times, the description of advanced Artificial Intelligence (AI) capabilities and systems appears to mirror that of the F-35, meaning that it has an autonomous computerized ability to gather, organize and present an array of otherwise disparate pools of information for pilots, National Interest reported.

WNU Editor: The Chinese are very confident that their J-20 fighter jet will perform …. Rafales or No Rafales – Chinese Designer Explains Why Stealth, 5th Gen J-20 Jet Beats Everyone Around (Eurasian Times).

Update: Here are more details on the J-20 …. China’s Enhanced J-20B Stealth Fighter May Arrive Soon, Here’s What It Could Include (Warzone/The Drive).

Light earthquake: M4.4 quake has struck near the Loyalty Islands