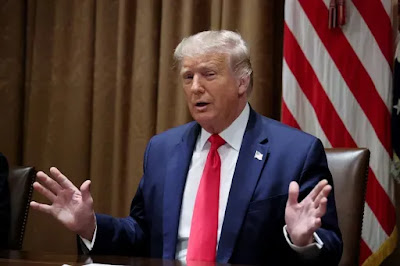 Ted Galen Carpenter, National Interest: China Is Interfering in the 2020 Election. Beijing Wants Trump to Lose.Democratic Party leaders and most mainstream media figures have continued to minimize or ignore the implications of the intelligence community’s assessments of Beijing’s behavior.

As the 2020 election approaches, there is growing agitation about possible foreign influence or outright meddling and disruption. Once again, Russia is the principal target of both Democratic Party activists and the mainstream media. That obsession continues even though both the FBI’s Crossfire Hurricane investigation and Special Counsel Robert Mueller’s subsequent investigation failed to find credible evidence that Donald Trump’s campaign illegally colluded with Moscow to affect the 2016 election. Indeed, new accusations are flying that the Russians are meddling to promote Trump’s re-election. Although why Vladimir Putin’s government would wish to do so, given the Trump administration’s actual record of adopting surprisingly hardline policies toward Moscow, remains a mystery.

RGB Dies, and for the Left, It’s the Fire This Time