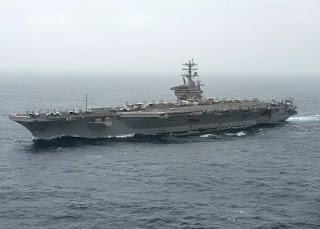 The Navy is searching the North Arabian Sea for a missing sailor from the aircraft carrier USS Nimitz.

Man overboard was called after the sailor was not located during a search aboard the carrier, according to a Navy spokesperson.

“The aircraft carrier USS Nimitz (CVN 68) and guided-missile cruiser USS Princeton (CG 59) are currently conducting search and rescue operations in the North Arabian Sea following reports of a missing U.S. Navy Sailor, Sept. 6,” according to a statement from the U.S. Navy’s 5th Fleet.

Covid-19: Parts of Madrid to lockdown amid virus spike