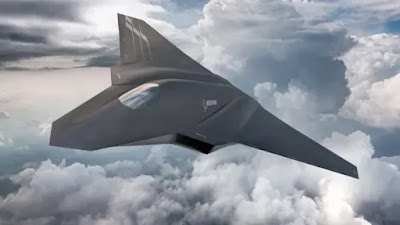 A rendering of a Next Generation Air Dominance aircraft concept by Boeing. (Image: Boeing)

The development is certain to shock the defense community, which last saw the first flight of an experimental fighter during the battle for the Joint Strike Fighter contract 20 years ago. With the Air Force’s future fighter program still in its infancy, the rollout and successful first flight of a demonstrator was not expected for years.

“We’ve already built and flown a full-scale flight demonstrator in the real world, and we broke records in doing it,” Will Roper told Defense News in an exclusive interview ahead of the Air Force Association’s Air, Space and Cyber Conference. “We are ready to go and build the next-generation aircraft in a way that has never happened before.”

Almost every detail about the aircraft itself will remain a mystery due to the classification of the Next Generation Air Dominance program, the Air Force’s effort for fielding a family of connected air warfare systems that could include fighters, drones and other networked platforms in space or the cyber realm.

The purpose of sleep appears to change when we are toddlers

Moderate earthquake, 5.2 mag was detected near Tobelo in Indonesia