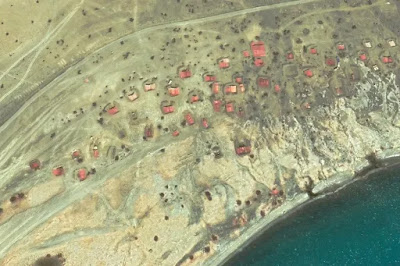 Chinese troops on the country’s disputed border with India
raised their combat readiness to the second-highest possible last week after an exchange of gunfire, but the alert was lowered after a meeting of the nations’ foreign ministers, military sources said.

The increase, to second level, meant more weapons and troops were deployed to the front line, and training exercises were ramped up for commanders, officers and soldiers, a military source told the South China Morning Post.

The last time such a high level was employed by troops in the restive region was in 1987, when a skirmish in the Sumdorong Chu valley pushed the two sides to the brink of war, said the person, who asked not to be named.

The U.S. Air Force Has Secretly Flown A Demonstrator For Its Next-Generation Fighter — Warzone/The Drive

A Slew To A Kill: Project Convergence — Breaking Defense

US military draws a line: No more bias against pregnant soldiers — CSM

Airman killed in accident at Kuwait base — The Hill

Bill Would Clear the Way for Army Legend Alwyn Cashe to Receive Medal of Honor — Military.com

Moderate earthquake: M5 quake has struck near Tomakomai in Japan

The Space Court Foundation is Now in Session!