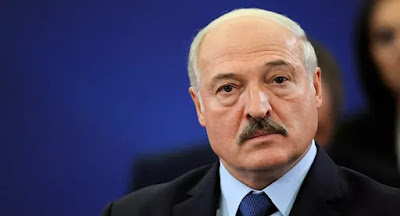 Sputnik: Lukashenko Says He May Have ‘Overstayed a Little’ in His Post as Belarusian PresidentBelarus has been rocked by weeks of protests following the August 9 presidential election, in which incumbent President Alexander Lukashenko won his sixth term in office with 80 percent of the vote. The opposition declared their candidate Svetlana Tikhanovskaya the winner and have demanded a ‘peaceful’ handover of power.

Alexander Lukashenko has said that he may have ‘overstayed a little’ in his post as Belarus’s president, but added that he believes that only he is capable of defending his nation from the threats it faces at this time.

“Yes, it’s possible that I’ve sat in the president’s chair a little too long. It’s possible that I’m being shown not only on TV, but from every iron and tea kettle as well. But in truth only I can protect Belarusians right now,” Lukashenko said, in an interview with Russian journalists on Tuesday.

WNU Editor: I understand that many world leaders have a certain arrogance about themselves. But Lukashenko’s arrogance on how he sees himself is off the scale.

The purpose of sleep appears to change when we are toddlers

Moderate earthquake, 5.2 mag was detected near Tobelo in Indonesia