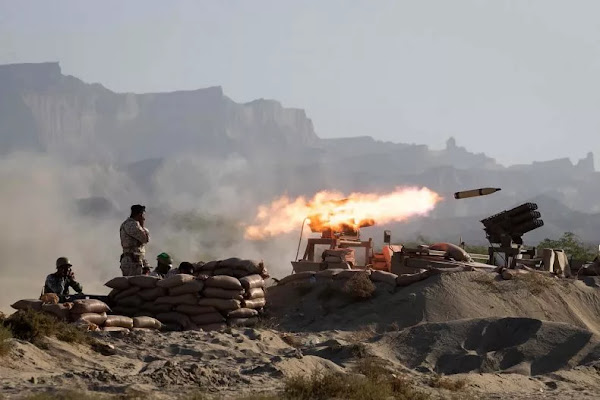 Iranian military forces fire a rocket during a military exercise in the Persian Gulf, near the strategic Strait of Hormuz in southern Iran, in this photo published on September 10. The three-day navy exercise’s objectives were said to devise “tactical offensive and defensive strategies for safeguarding the country’s territorial waters and shipping lanes.” AFP/HANDOUT/ISLAMIC REPUBLIC OF IRAN ARMY

An Iranian official has told Newsweek that the Islamic Republic was looking forward to buying and selling weapons with a number of international partners as a United Nations arms embargo preventing it from doing so was set to lift in days, a development that the United States has condemned as damaging to global security.

The expiration of the decade-old U.N. restrictions, set to take place Sunday, would come after a largely unsuccessful U.S. campaign to convince countries to defy the 2015 Joint Comprehensive Plan of Action (JCPOA) and the accompanying U.N. Security Council resolution 2231 to extend the ban on Iran’s arms industry.

With Washington’s calls to the U.N. left unheeded, Iran’s permanent mission to the international body said the lack of support for the U.S. initiatives was telling of its position vis-à-vis the international community.

How the creepy Unsolved Mysteries theme tune was made