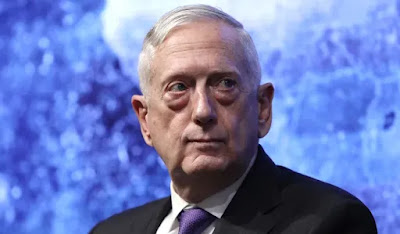 Mattis, who left the White House at the end of 2018 over differences on defense strategy with the president, warned Coats that “there may come a time when we have to take collective action” against Trump, according to excerpts of the Woodward book reported upon by The Washington Post,

The Post did not say if Woodward’s book clarified what kind of “collective action” Mattis was referencing.

In a separate conversation, Mattis said, “The president has no moral compass,” to which Coats responded, “True. To him, a lie is not a lie. It’s just what he thinks. He doesn’t know the difference between the truth and a lie.”

Update: Mattis Told Then-DNI Coats They May Be Forced to Take ‘Collective Action’ against ‘Unfit’ Trump, According to New Woodward Book (National Review)

WNU Editor: According to former Director of National Intelligence Dan Coats, he has own views about President Trump …. Former spy chief Dan Coats had ‘deep suspicions’ that Putin ‘had something’ on Trump: Woodward book (Washington Examiner). More here …. Former intel director reportedly feared Putin ‘had something on Trump’ (NBC). As to what is my take. I am concerned that a Secretary of Defense says something like this to the Director of National Intelligence ….

…. “Mattis quietly went to Washington National Cathedral to pray about his concern for the nation’s fate under Trump’s command and, according to Woodward, told Coats, “There may come a time when we have to take collective action” since Trump is “dangerous. He’s unfit.” (read more).

If true, this is treason.

Light earthquake: M4.7 quake has struck near Güroymak in Turkey