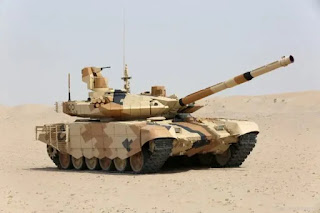 According to the sources in the Russian defense industry, Uralvagonzavod (UVZ) corporation will build a facility to assemble T-90MS tanks under license in Egypt.

WNU Editor: Civil war in neighbouring Libya. Internal unrest. Battling ISIS and other militant groups in the Sinai. Deteriorating relations with Ethiopia over their Nile dam. I can understand why Egypt wants a lot of battle tanks.

Amber Alert called off for Norah and Romy Carpentier, who were found dead near Quebec City. Father is now a suspect. : UnsolvedMysteries

Light earthquake: M4.3 quake has struck near Listvyanka in Russia